Six weeks with only film 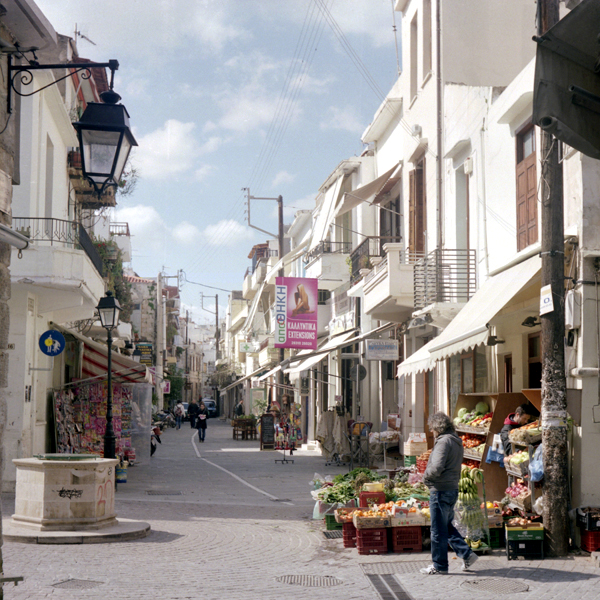 IT WASN’T MEANT to happen. I hadn’t planned on six weeks of travel equipped only with aged film cameras. But when my Canon 5D MkII died just hours before I was due to board a flight to Athens I was left with no alternative.

So, making a virtue of necessity, I decided to turn the trip into a project: attempting to shoot stock-quality images exclusively on film. Things were made slightly more challenging by the fact that I had already decided that the photographic objective of the trip would be to start building up a collection of Cretan flower images.

For the task, my arsenal consisted of one Pentacon Six with 50mm, 80mm and 120mm lenses (only the 50mm is multicoated) and extension tubes, and a Mamiya C220 with 105 and 180mm lenses. In practice, the C220 was no use for flower macros as I was hand-holding so parallax made focusing impossible.

There are estimated to be more than 1,700 species of flowering plants on the largest of the Greek islands, including some that are found nowhere else. In March, April and May the island is like a garden.

So, how did the project go? Well, this selection of shots tells part of the story (no unauthorised use, please): 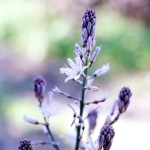 On the whole, the experiment worked well. With four or five inches of extension tubes it was easy to compensate for the loss of light being about one stop, so by using 400ASA film I was able to get away with 1/250s at around f/11 or f/16.

An advantage of using film is that it holds details in the highlights very well, much better than digital, and as flowers are generally much brighter than foliage. The uncoated (or single-coated) 80mm Tessar also has quite low contrast which helps significantly with sunlit flowers. It is also responsible for the decidedly retro feel to the picture of the city of Rethymnon at the top of this post. The 120mm Biometar was sharper than the 1950s Tessar and would probably have been the better lens for the project – but unfortunately I slipped in a puddle of slime and broke it on the first day’s shooting.

Knowing there were only a dozen shots per roll – and there was no quick way of getting more 120 film once it was gone – made me quite careful about how I used them. In all, I shot only about 400 frames; I suppose I would have had thousands with digital.

There was a lot of down-side, of course, compared with shooting on a DSLR. First of all, getting medium format film processed is problematic. I found a shop that would still do it but I felt the quality was unsatisfactory, so my last 20 rolls are still waiting to go to a specialist lab which will ensure they are done well.

Scanning and cleaning the images I have got is not only a very slow process on an Epson V500, it tests my scanning skills to the limit and I cannot be sure I’m getting the best results from that.

Grain is an issue with ISO 400 film. It is possible to fill most of a 6×6 frame with a 1cm long vetch flower but at ISO400 that will probably only translate into the equivalent of a 25MB (8MP) file at the sort of level of perfection many agencies demand today. Shooting with ISO 100 film would have meant opening up the aperture to around f/8 or f/5.6 in order to keep the shutter speed fast enough to avoid shake.

Overall, the equipment proved to be well able to meet the challenge of shooting some pretty extreme macros, despite its age. A finer-grained film would have been better and I am waiting to see how four rolls of Provia 400 slide film turn out.